The Pommie Trophy was presented by a group of English karters in commemoration of the life and achievements of New Zealand karter Richard Tapper.

Richard had raced karts in Invercargill and Christchurch as a Junior and in 125cc gearbox when in the late 1970’s he travelled to England on his big OE. It wasn’t long before he was working for Zipkarts building and spannering for the, at the time, champion SuperKarter Martin Hines. Soon Richard was innovating and engineering for Zip and driving a kart of his own making on the English SuperKart scene.

When Richard returned to New Zealand he began manufacturing the Puma brand of kart from a garage in suburban Christchurch, whilst continuing to compete on the local SuperKart scene.

After work one evening Richard was knocked from the step-through motorcycle that he was riding and killed.

The next year the Christchurch club ran a SuperKart series in their area which was attended by several of the world’s leading SuperKarters. The English contingent brought with them the Pommie Trophy which was presented to the best overall series performance by a Kiwi.

The International series lasted just 2 years and since then the trophy has recognised the best overall 250cc SuperKart performance at the NZ SuperKart Championships. (ref Rule P4.17) 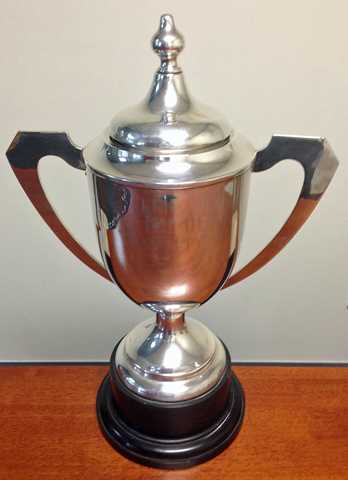